Keep in touch with us and what is going on. Read about all the little things.... 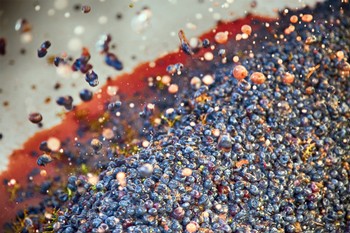 For many years, Villa Vallecito Vineyards was just that - 12 acres of Vineyards surrounding the Vallecito home of Ghee and Alan Hagedorn.

In 2008, after tending the vineyards for 7 years and selling the grapes to wineries throughout the Sierra Foothills, Ghee and Alan decided to ask winemaker Nathan Vader to custom crush a few cases of Barbera for their personal enjoyment.

And so, in the fall of 2010, Villa Vallecito Vineyards harvested their grapes as usual, this time keeping much of the fruit to make their own wine, rather than selling it all to other wineries.  Viognier, Cabernet Sauvignon, Barbera, Grenache and Syrah all made their way to the winery where they began the process to become the stellar wines they are today.

We hope you will enjoy them as much as we do!